My First Polishes from Pampered Polishes

Well, hello again peeps! I'm back with a new post. This time it's about an indie polish brand that's new to me.

I ordered these from the Pampered Polishes website and while I received them in the mail on Tuesday, I collected the package today.

I can't wait to show you the photo swatches of this new collection. Here goes ... 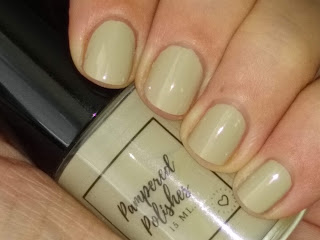 Footprints in the Sand
This one is a sandy, putty beige creme and the first one I swatched. I got it fully opaque in three coats. 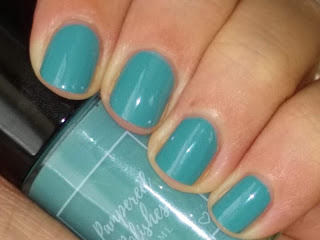 Lighthouse
A lovely medium aqua (or turquoise?) creme and the fourth one I swatched. I got this one fully opaque in three coats. 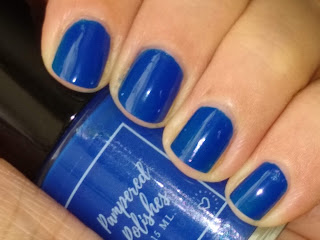 Makin' Waves
A very shiny primary blue and the fifth one I swatched. This is shown in two coats although I think this may or may not have used a third. It was a bit of a stainer after removal though. 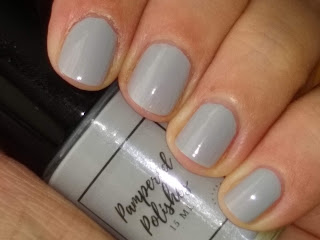 No One Likes a Shady Beach
A beautiful dove gray creme, and the third one I swatched. I got this one fully opaque in three coats. 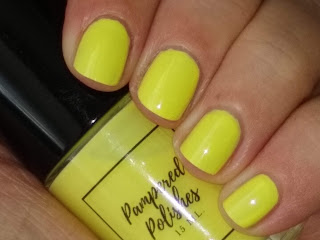 Sun of a Beach
This one is described as a sunny yellow creme, and the second one I swatched. I got this one fully opaque in three coats. 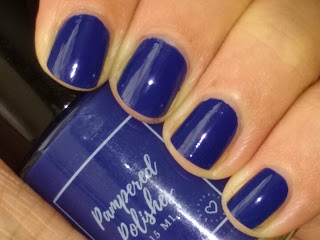 Wetter is Better
A medium navy with a slight bit of purple undertone, and the last one I swatched. I got this one fully opaque in two coats.
I forgot to mention that these polishes, according to the swatches I saw on Pampered Polishes' YouTube channel, are good stamping polishes. I don't have the time or the inclination today, but in a future post I will show you how well these stamp over each other. As for favorites? I don't know if I have any since I liked them all so much. But if I had to pick a least favorite it would have to be Sun of a Beach because it's yellow and yellows are usually a bear for me to apply in less than three coats.
So, there you have it. Let me know what you think of this post and which of these polishes, if any, you'd call favorites of yours. Until then ... ✌ 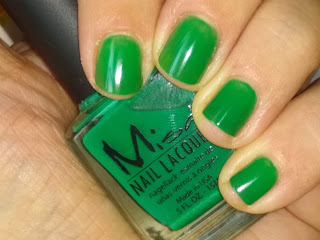 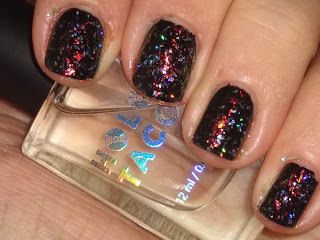 ... Day? Week? However long my nail polish will last for a given period of time before it starts to chip or I feel like wiping it off? Hello dear readers, I'm back once again. You know my  last post ? Well, today I have a full manicure, as it were, to show you. Here it is: Holo Taco One Coat Black with Blue Flakie Holo Taco over Solar Unicorn Skin And the thumb shot if you want it: I love the look of Blue Flakie Holo Taco over Solar Unicorn Skin. I was going for a simultaneously fire and ice look and this didn't disappoint me at all. Seeing the picture of the polish on my nails versus seeing the polish live on my nails really doesn't do this one justice: you've got to see it live and in person! Well, that's it for today, dear reader. Until the next time, hugs and kisses. Update, July 28, 2020: This manicure I posted about on Friday. Well, it lasted three full days from Friday through Monday until I took a shower Monday evening. While in the shower, the polish on thr
Read more